The Electric Imp is a WIFI module with a brain.  In some use cases it’s used to help connect your device to the cloud, as one of those ‘internet of things’.  On other cases (like this one), it is the thing.  Marcus has a cool little project that takes temperature readings and pushes them to the cloud.

Since the Imp is pretty power savvy, Marcus was able to power the project using a solar panel and charger.  From there it uses a TMP36 analog temperature module to pull readings from.  The temperature is read using the ADC and turned into an actual temperature number.   The imp handles the rest by using the ThingSpeak api, which then collects and graphs the data.

Benjamin has created a series of videos showing how he converted a swing-set to serve a dual purpose. He beefed up the structure with some 3/4″ conduit which he flattened the ends on and used it for cross bracing. A couple of solar panels we mounted to the roof and the wires were safely routed through conduit to a remote location when he uses the energy to charge his electric motorcycle.

The charging rate varies significantly proportional to the amount of sun. He was seeing 2 Amps on a cloudy day  and has witnessed up to 7 Amps. Check out the videos  after the break.

END_OF_DOCUMENT_TOKEN_TO_BE_REPLACED

Everyone loves retro gaming, it makes you wonder why they keep making new video games instead of old ones!  Usually when people do retro gaming on the Raspberry Pi they go the retropie route, so it’s refreshing to see a project supporting PiMAME.  The NaCade is a mini arcade cabinet running on a Raspberry Pi.

The case is made of clear 3mm acrylic which is both cut and bent using heat and practice  For a display it uses a 7″ LCD used for a car backup camera.  Inside is a Raspberry Pi running PiMAME and a 9AH battery charged by a solar controller and 20w solar panel.  Yeah, solar-powered!  The sound comes from an amplified USB speaker.  The joystick and buttons are standard arcade parts, except the buttons are all back-lit.

You know you want to build one (I know I do).  Check out the rest of the details. 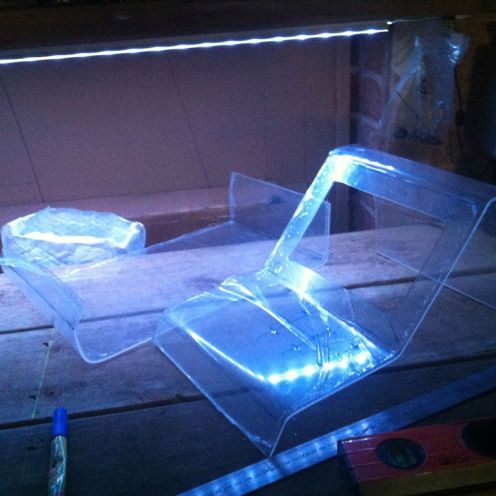 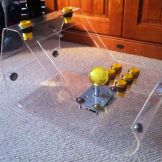 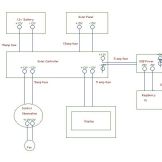 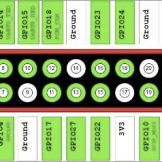 The guys over at SuperHouse have really done their research. In the video, they explore just about every option you have for powering your network cameras. From the obvious, to the not-so-obvious. I’ve seen hacks before, and done myself, which is simply use the unused pair of wires to basically ‘extend’ your power adapter on a high amperage bus, then split again back at the camera. But what I haven’t tried is using a real POE injector, then using a small 5v switching regulator at the base. The beauty of doing it this way, is you avoid the dropout you are going to occur by simply running 5v on the other pair especially over long distances. In the video most of the time is spent doing this option, which is really neat because basically they take a really cheap foscam ip camera and essentially turn it into a more POE camera.

Another really green idea would be to cut the wires completely, and I do mean all of them. Use a solar cell, and a battery and power your WIFI camera from that. You would obviously need to be in a place where you could get ample sunshine during the day to charge the battery for nighttime use, but the concept is solid.